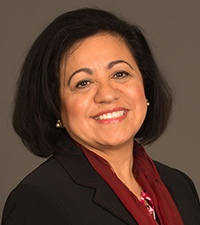 Originally from Mexico, Elia has lived in the United States for over 35 years, working in the K-12 system for public and private schools, as well as higher education. She served alongside Dr. Cassellius in the Minnesota Department of Education as Assistant Commissioner of Education from 2010 to 2018, building a reputation as an innovative problem solver, especially in the development of strategies to better serve multilingual learners. In addition to serving as Assistant Commissioner, Elia has been the Deputy Education Officer with Minneapolis Public Schools, a Professor at Minnesota State University-Mankato, a high school principal, and has taught business, English as a Second Language (ESL), and Spanish classes. She holds a bachelor’s degree in Business Education and Spanish, a master’s degree in Spanish Language and Literature, and a doctoral degree in Educational Administration and Leadership from St. Cloud State University.