On Thursday, March 16, Boston Public Schools (BPS) showcased Peters Projection maps that are intended to counter a biased view of the world found in traditional maps through an interactive event in the Bolling Building featuring a 20-foot EarthView Globe — created by Bridgewater State University — that visitors can walk through.

The event represents the launch of Peters Projections maps in all second, seventh, and eleventh grade BPS classrooms that teach social studies. These maps offer a more culturally proficient view of the world than the traditional Mercator Projection maps, which distorts North America and Europe by representing a greater land area relative to their South American and African counterparts. The Mercator Projection maps were originally intended for navigation purposes when first created nearly 450 years ago. Students in the mentioned classrooms will see the Mercator and Peters maps used side-by-side for comparison purposes to foster discussion. 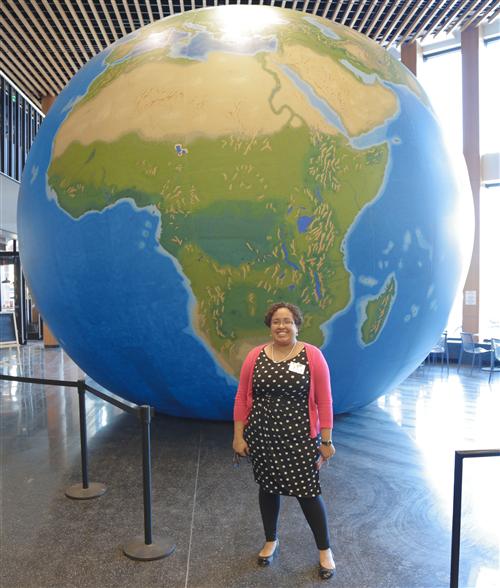 The Peters Projection map, created in the 1970s, will be distributed as part of a resource set to enrich global learning. In addition to the physical map, BPS is providing teachers with digital resources, including articles, images, and lesson plans, which can be utilized to spark student dialogue and reflection.
At the launch event, participants discussed the merits of moving away from traditional Mercator Projection maps to Peters Projection maps. In addition, those who walked through the EarthView Globe saw the world from the inside out and view tectonic plates and landform structures. And, a five-foot of Boston’s historic neighborhoods, provided by the Norman B. Leventhal Map Center, will offer a glimpse of Boston’s geography from 250 years ago. 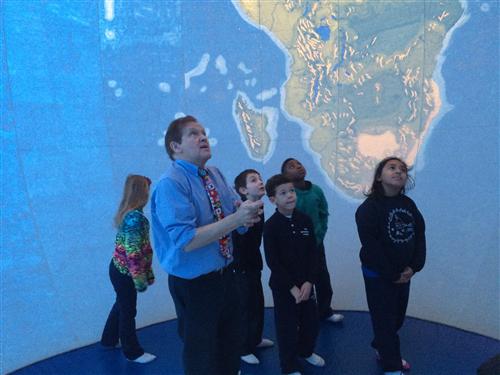 The initiative to place Peters Projection maps in BPS schools is a joint effort between the district’s Social Studies Department and Office of Opportunity and Achievement Gaps, which has embarked on a three-year effort to increase cultural proficiency across academic disciplines.
BPS thanks Bridgewater State University geography professor Vernon Domingo, who is a member of the Massachusetts Geographic Alliance; and Leventhal Map Center education director Michelle LeBlanc for their instrumental work in supporting the event.

Coverage of this event in the Boston Globe and WBUR-FM. 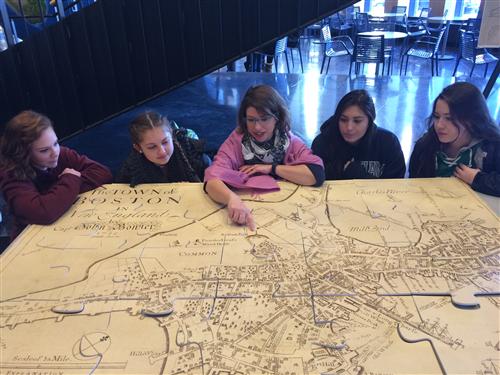